Whole kitchen in your salty proposal of the month of November invites us to prepare a classic of Italian cuisine, ciabatta. According to Wikipedia, the ciabatta or chapata is a white bread made from very young wheat flour from Italian cuisine. It was invented by Arnaldo Cavallar in the 80s. Since the end of the 1990s it has become popular in Europe and also in the United States and other countries, such as Mexico, as a very appropriate bread for making sandwiches. I thought that the preparation.. 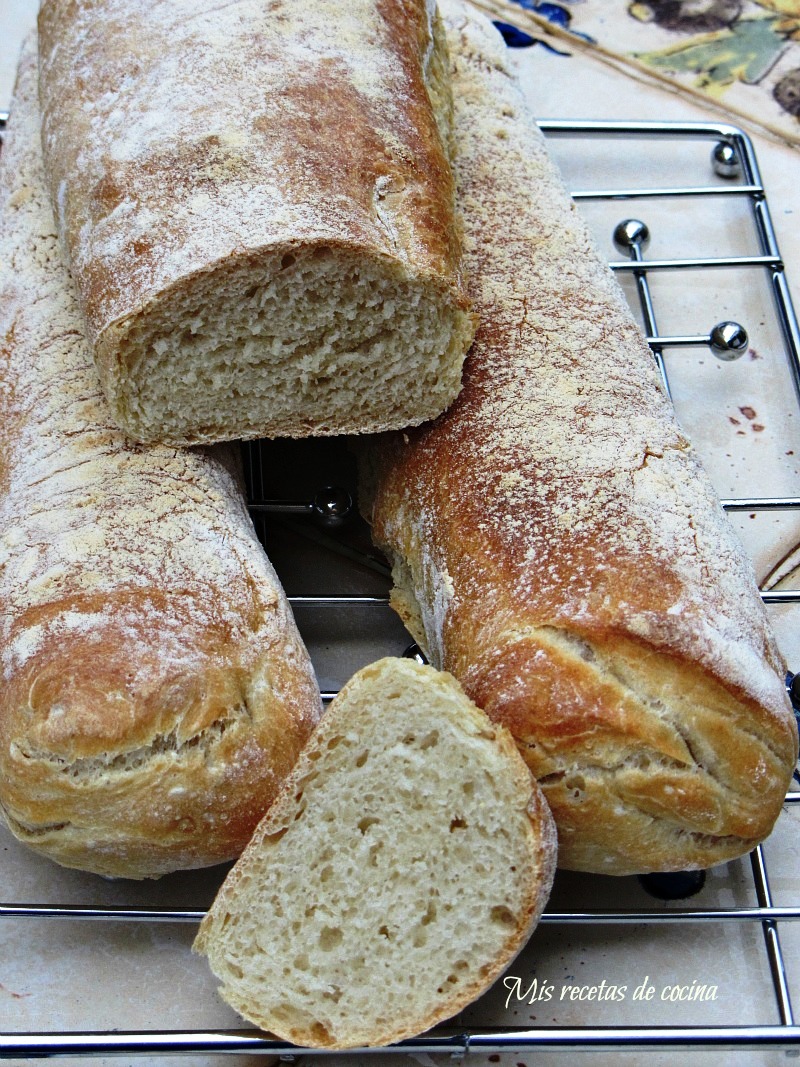 Whole kitchen in your salty proposal of the month of November invites us to prepare a classic of Italian cuisine, ciabatta. 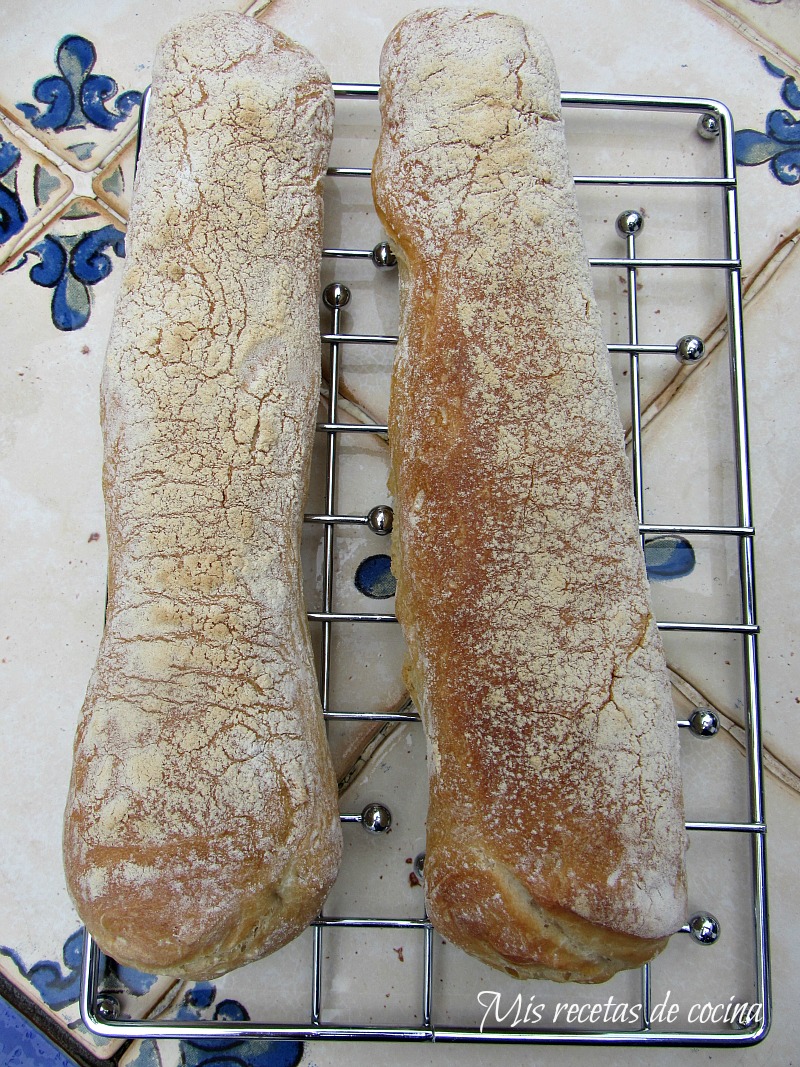 According to Wikipedia, the ciabatta or chapata is a white bread made from very young wheat flour from Italian cuisine. It was invented by Arnaldo Cavallar in the 80s.
Since the end of the 1990s it has become popular in Europe and also in the United States and other countries, such as Mexico, as a very appropriate bread for making sandwiches. 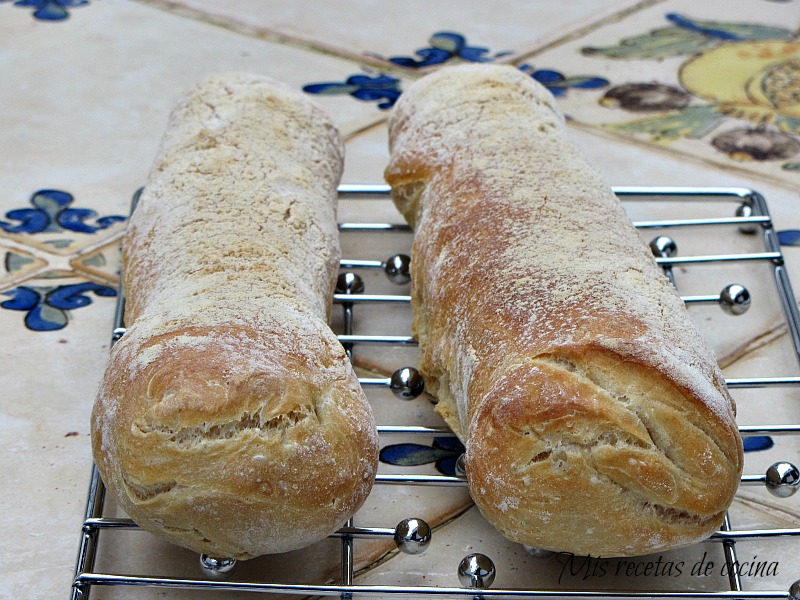 I thought that the preparation of this bread was going to be very difficult for me and I was terribly afraid of it, but the truth is that I came out of the challenge, well, the holes have not been as big as they came in the book, but I give myself Satisfied because it is a bread that is very good.
When I picked them up to put them on the tray, they lengthened considerably more. 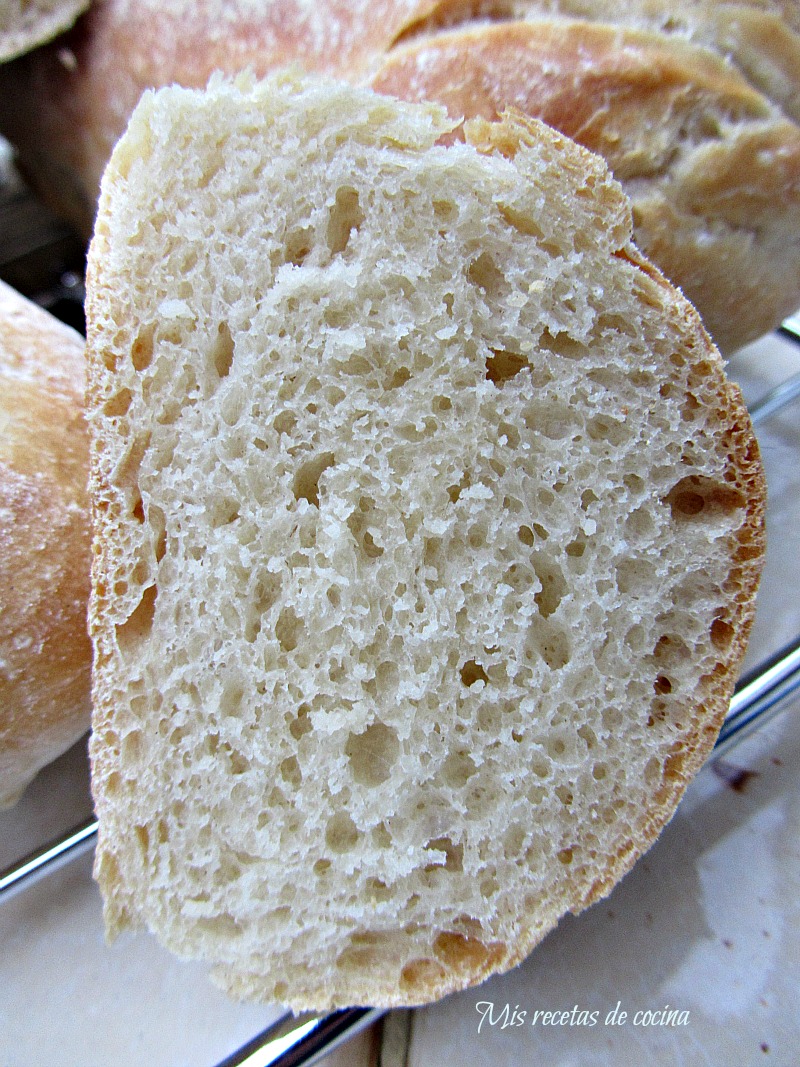 The previous night we prepared the poolish with these ingredients:

In a bowl we put flour, water and yeast and mix until the flour is hydrated.The dough should be soft and sticky.
Cover the bowl with kitchen film and let ferment at room temperature for 3 or 4 hours or until bubbles appear and the dough is fluffy. We put it in the fridge and it is kept there for three days.
We take out the poolish from the refrigerator 1 hour before starting to make bread for that the dough is tempered.

To make the dough:

In the bowl of the mixer we mix the flour, salt, and yeast. We add all the poolish and 90 ml. of water. We knead until we have a sticky ball. If we have flour without mixing, add the necessary water and keep mixing.
We have to have a soft and sticky dough, which will take off from the walls of the bowl but will adhere to the bottom. We may need to put more flour to get it.
Sprinkle the work surface with plenty of flour and with the help of a spatula dipped in water put the dough on top of the flour, we will beat until we have a rectangle, we raise by the ends stretching up to double its size.
We fold the mass over itself as if it were a letter, so that it recovers its rectangular shape. Spray with oil, sprinkle with flour and cover with kitchen film. Let stand 30 minutes.
Stretch and fold again, spray with oil, sprinkle with flour and cover again with kitchen film. We let it ferment on the countertop 2 hours.
We remove the plastic carefully. Now we cut the dough into two or three loaves taking care not to degas it.
Sprinkle flour on top and take off from the surface with care , we turn it over so that it is floured on all sides.
We place the loaves on a cloth and fold each one carefully, from left to right, like a letter and in the shape of a rectangle.
We lift the cloth between the pieces to make wall. Spray with oil, sprinkle with flour and cover with a cloth.between the pieces.
We put the ciabatta in the oven and after 30 seconds we spray the walls. We repeat this process twice more with intervals of 30 seconds.
After the final spraying we lower the oven to 230º and we bake another 15-20 minutes.
We let cool on a metallic grid. 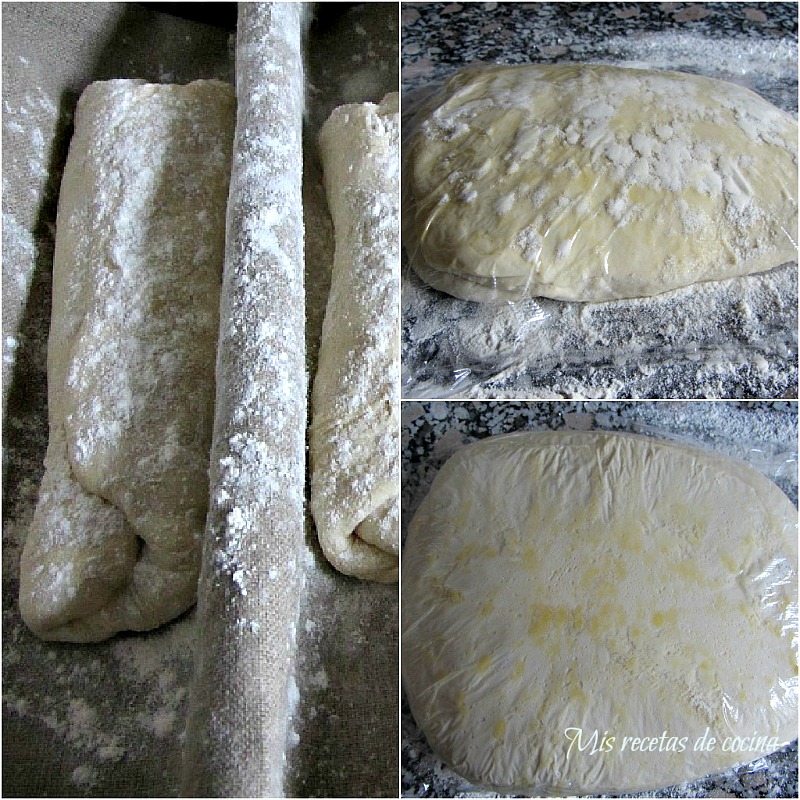 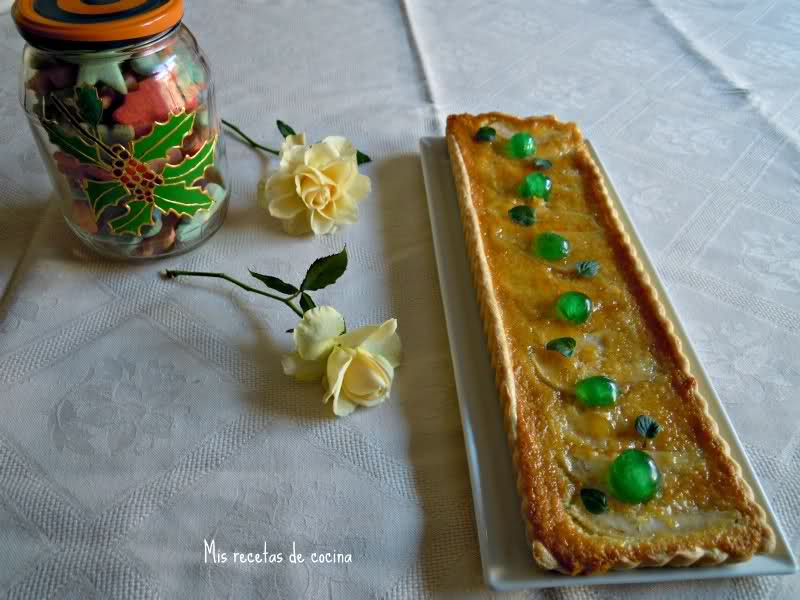 Pear cake with almonds and Mantequera de Tineo I know there are a few recipes followed by sweet, you have to take care of yourself a little bit because Christmas is here right now ... but this sweet vein of mine is no one with it. So here I leave a pear and almond cake that is for suck your fingers, to take with a coffee, a chocolate, a tea .... y... 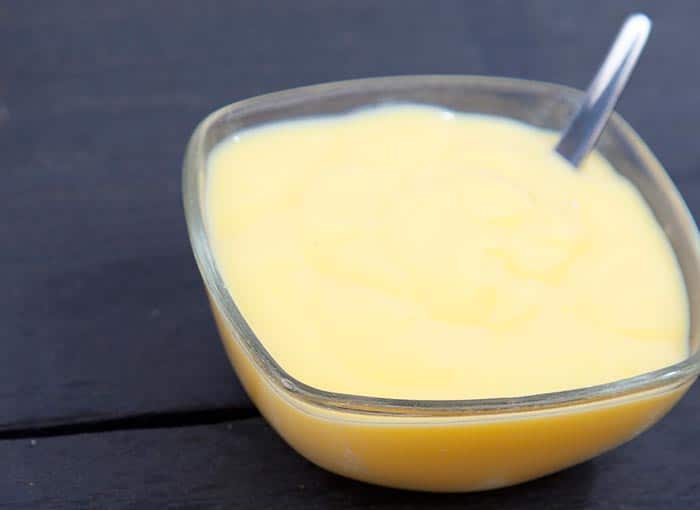 There are just days when I do not really feel like being in the kitchen forever. Either I really have to get up to study or I want to sit outside in the sun and read a book. Or I'm out all day. Sometimes it just has to go fast and I still want to eat something warm. Since I'm not a big pasta fan, noodles usually fall away and I tend to grab something like the quick tomato quiche. Today on offer: q...

I know, I know, the burger recipes are slowly taking over. But we just love burgers in every variation! Today it was time again. And after we ate a great Blue Cheese burger in the United States and Stilton is currently our absolute favorite cheese (after my visit to London in April), the dream team was set for tonight. That's why there was 250 g fresh ground beef per person, fried to a juicy, stil... 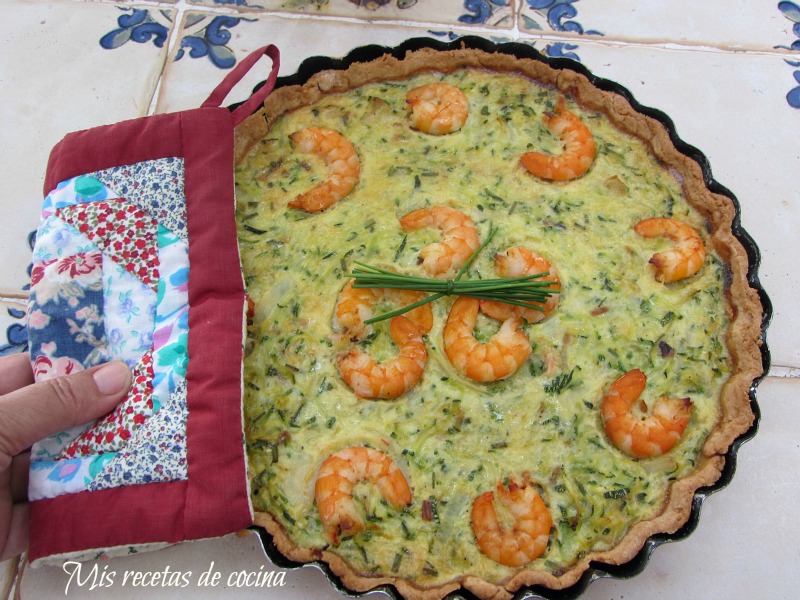 Zucchini cake This summer already I do not know what to do with so many zucchini, I have prepared them in purees, fried, tortillas, grilled, in salad, canned, frozen and I have made several cakes as well. Of all the ones that I liked the most, this, cold or hot is great. Encourage you to try it, I know you will love it !! Enjoy what's left of sum...